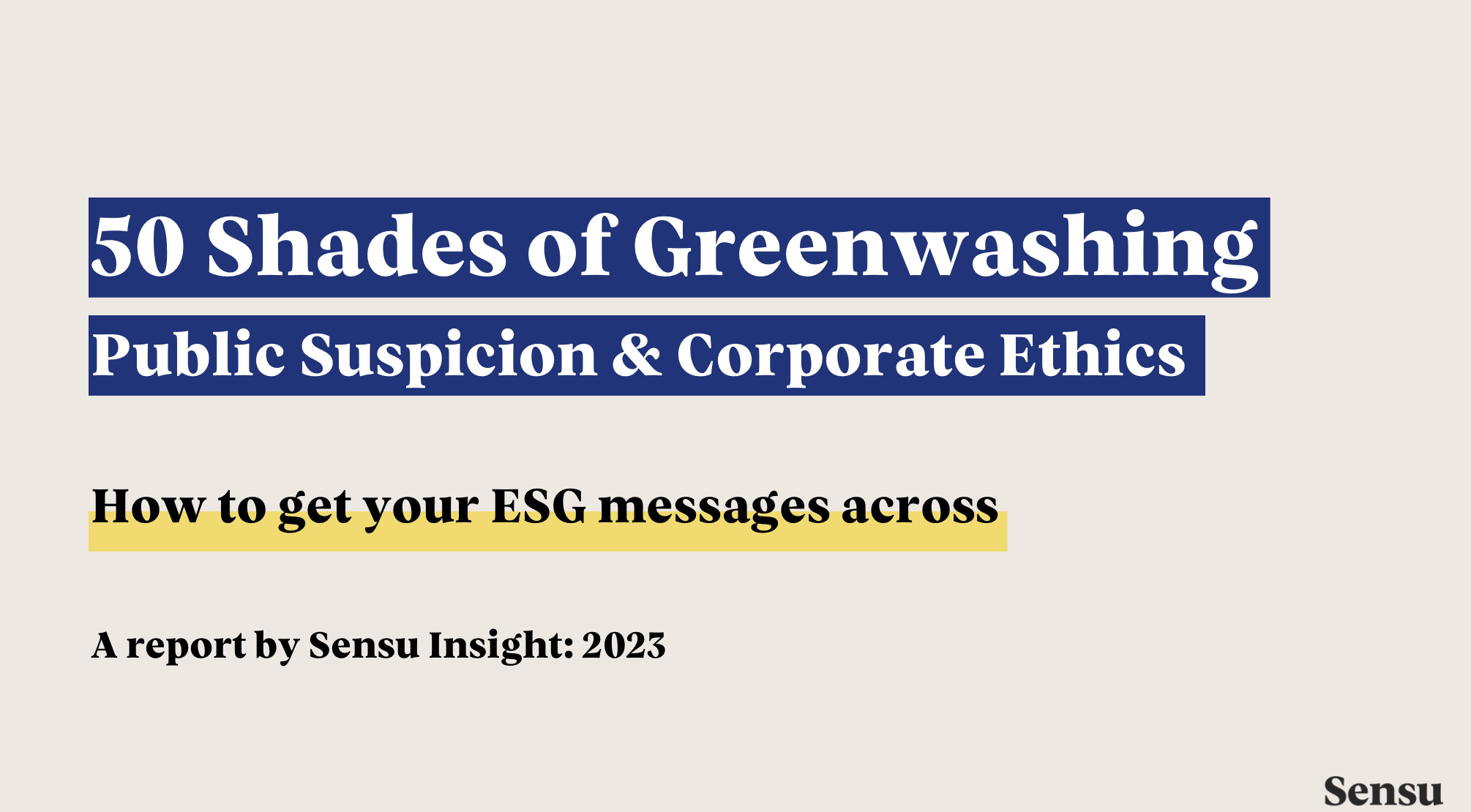 Companies are increasingly being challenged for greenwashing.

Accusations of greenwashing, sportswashing and corporate virtue signalling are on the rise. Collectively, the global profile for these terms has increased 46% over the last year, with media mentions up by 68% over the same period.

While this might lead some organisations to seek to avoid ESG communications (‘greenhushing’ is another trend being reported), in reality there is unavoidable pressure to explain and justify ESG credentials – from investors, customers, employees, and media among others.

It’s never been more important to understand how ESG communications are being received.

In this report, we reveal the findings of a survey showing how the public perceive such communications, what they believe and who they trust, which sectors are seen to be succeeding and those that need to work harder to be believed. We also look at the impact and importance of communicating ESG effectively, how consumers and employee behaviours are being influenced by perceptions of corporate ethics and the scale of the issue for UK businesses.

What did we find?

2. Some sectors are much less likely to be believed

4. Incidents of perceived greenwashing are widespread and damaging

Read and share our full research below to find out the six lessons of effective ESG communications.

Fill in a Contact Form to learn more about tracking corporate reputation.